Hopefully, 888Sport Promo Code came in handy to all of you who placed their bets on Leverkusen last Sunday, since they spectacularly defeated Mainz 2 – 0 to return to the second place in the League table.

Leon Bailey was in a remarkable form and he scored the first goal of the game. Visitors defended strongly, but Bailey fired Leverkusen into the lead three minutes into the second half, shooting a 20-yards missile inside the far corner, assisted by Argentine Lucas Alario. This is Bailey’s eighth goal this season and we sure are hoping to see more of this amazing 20-year-old Jamaican in the games to come. 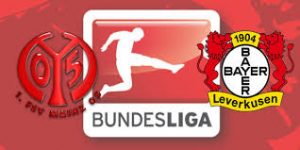 Second goal was scored in the 68thminute with a penalty by Brazilian defender Wendell, awarded for a foul by Giulio Donati on Alario. Alario had a great chance to grab a late goal with a bouncing close-range header, but goalkeeper Robin Zentner saved his net this time.

Thus, Leverkusen equalled a club record by scoring in their last 25 successive Bundesliga matches. In their last 15 league games, Leverkusen have lost only to Bayer Munich. With 34 points, they are now 16 points behind the untouchable leader Bayern Munich, who are on track for a record-extending sixth consecutive Bundesliga title. They now have the same number of points as third-placed Schalke and are one point ahead of Eintracht Frankfurt.

On the other hand, Mainz lost their 10th game this season and are getting dangerously close to the relegation zone, with only 20 points. 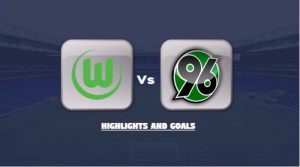 After an even and uneventful first half, the Wolves took the unexpected lead with Malli’s brutal long-range shot, the only goal of the game.

Wolfsburg will host VfB Stuttgart next Saturday, and Hannover will not play until Sunday night when they will face Hamburger SV.